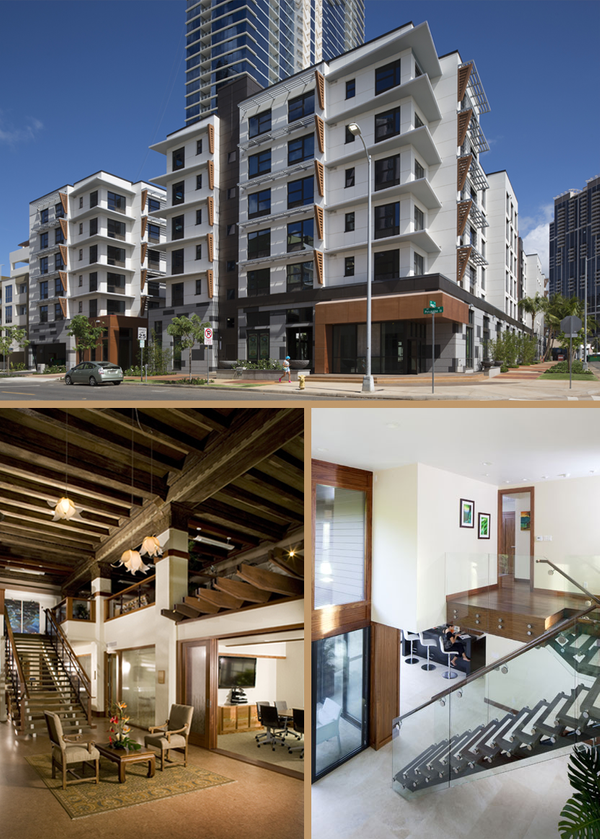 hiarchy llp's renovation of the Hau'oli Mau Loa Foundation is described as an example of the energy saving possible within historic spaces.

an in depth profile of the Hau'oli Mau Loa Foundation Renovation

hiarchy llp noted for their efforts in the renovation in the Historic Dillingham Transportation Building.

hiarchy llp's Waikane Hale was featured on HGTV's 'Bang for Your Buck' for Great-Room Renovations.

hiarchy llp's Waikane Hale graced the cover of the AIA's Annual Resource guide as a distinguished entrant in the 2009 AIA Awards.

Hawaii Developers' Monthly April 09 - LEED: Follow, or Get Out of The Way

Principal of hiarchy llp, Phil Camp weighs in on the LEED process as it relates to real cost savings in the life of a building.

hiarchy llp explains some of our strategies for weathering the economic downturn including some of our research into mass transit systems.

Sika-Sarnafil Project of the Year Finalist

Selected as a finalist from hundreds of applicants across the Country, hiarchy llp’s “Waikane Hale” made it to the shortlist in the 2007 Sika-Sarnafil Project of the Year Awards. While the project did not win the overall award, it was quite an honor to be mentioned alongside major commercial efforts such as the Howard Hughes Medical Institute in Ashburn VA, as well as Daniel Libeskind’s “Ascent” project in Covington; KY.